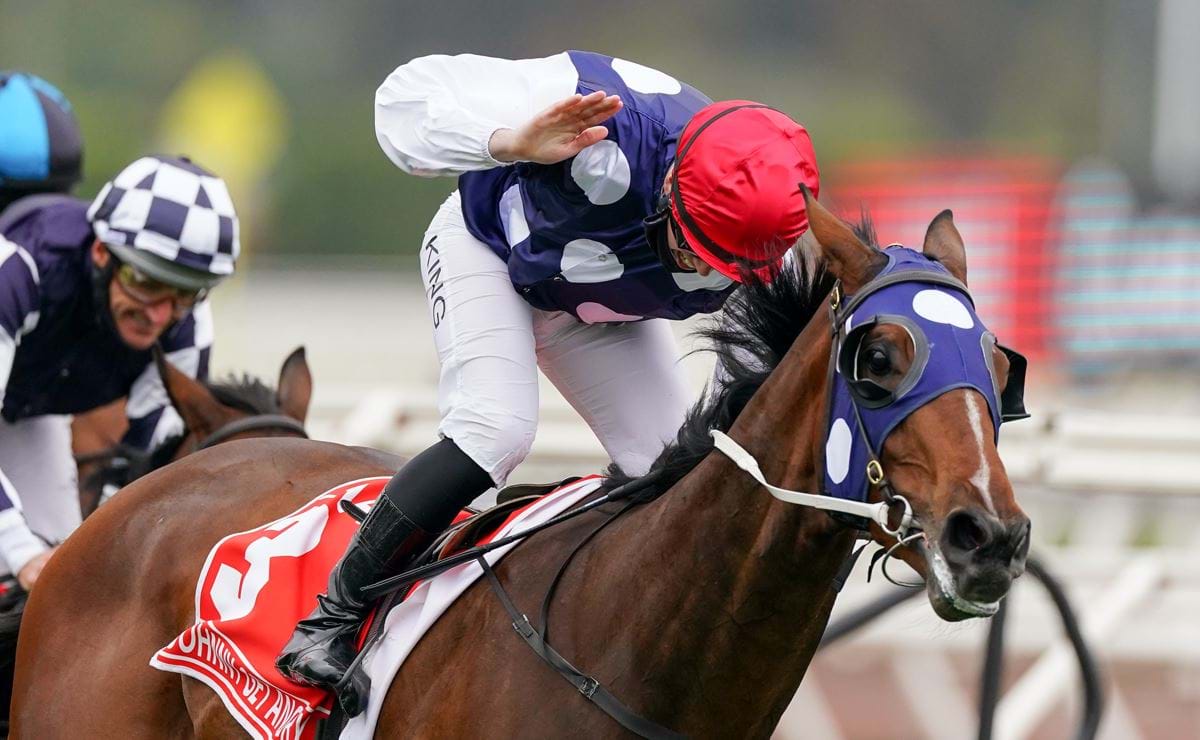 The 165th running of the AAMI Victoria Derby was a race full of firsts. AFL Premiership winning coach, now Flemington-based trainer Denis Pagan, combined with apprentice jockey Lachlan King and the maiden galloper, Johnny Get Angry, to pull off a fairytale victory in the G1 feature.

Within 12 months of taking out a trainer’s license, Denis Pagan scored his first Group 1 victory with Johnny Get Angry at his home track. His maiden galloper became just the fifth runner in the Derby’s history to break their duck in the staying contest.

The emphatic victory also provided apprentice jockey Lachlan King, son of 54-time G1 rider and 1991 Victoria Derby winner Steven King, with his first Group 1 win in his own right.
Jockey Lachlan King was overjoyed to join his father as a Group 1 winner.

“It’s just unbelievable,” King said post-race. “I’m a bit emotional, to be honest. It’s amazing. I really have to thank Denis. He’s been the best thing to happen in my career. I just can’t believe it.

“When I let him down he just exploded for me. I’ve had so many dreams and I’ve woken up before the post thinking I’ve won a Group 1. I couldn’t believe it when I hit the post and I’d actually won.”

“I was zombie like in AFL Grand Final week,” he said. “Yesterday I had lunch, too much to drink and I was just going to enjoy the moment. My missus said to me ‘you shouldn’t be doing anymore interviews’ and I ended up doing them until 7.30 last night. I didn’t care, I just wanted to enjoy the day.”

“I don’t know [what it is about racing]. It’s just something special. I never thought in a million years that this would happen and he’s done it. You can dream about it. I’ve been thinking about it for the last two months, thinking about getting him here. I just wanted to get him into the Derby.”

While it was a landmark result for connections, Johnny Get Angry alluded many punters’ sights starting as at $21. The $3.40 TAB favourite, Young Werther, placed in third.