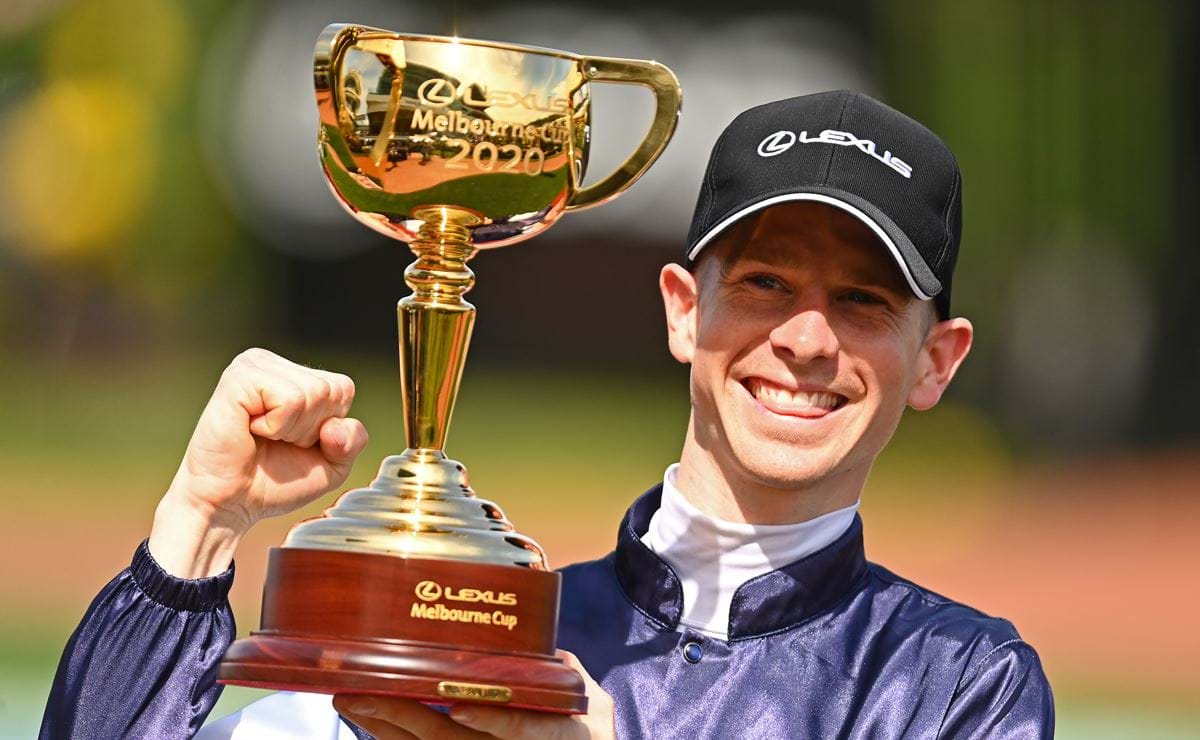 It was another Irish-trained victory in the Lexus Melbourne Cup as Twilight Payment led from start to finish in the $8 million ‘race that stops a nation’ ™ at Flemington Racecourse.

Twilight Payment became only the second horse to lead from start to finish and win the Group 1 after Might And Power, after being given a beautiful ride by Victorian jockey Jye McNeil who notched a memorable win in the Lexus Melbourne Cup at his first attempt.

It was a second triumph in the Lexus Melbourne Cup for 27-year-old trainer Joseph O’Brien, who became the youngest trainer ever to win the Cup when Rekindling won in 2017. O’Brien was watching in the early hours of the morning from his base in Ireland.

Lloyd Williams recorded a record seventh win in the Lexus Melbourne Cup, sharing the ownership with family and friends.

“All credit must go to Twilight Payment and Jye McNeil, a wonderful partnership and I’m thrilled for Jye to have won his first Lexus Melbourne Cup in his first ride in our great race,” Mr Wilson said.

“Joseph O’Brien proved he is one of the world’s best trainers, having won his second Lexus Melbourne Cup in three years at just 27-years-old.

“And it was another memorable Cup win for Lloyd Williams, whose winning record as an owner started with success in the 1981 Cup. His desire to win the race that stops a nation remains as strong as ever and it is wonderful to see that shared amongst the wider ownership group, many of whom also won their second or third Cups today.”

“The VRC is proud to present the community of Kangaroo Island with $50,000 to put towards their chosen community initiative, the Royal Flying Doctors,” Mr Wilson said.

“We know how devastating the effect of last summer’s bushfires was to residents of the island and we hope today’s Lexus Melbourne Cup result has brought joy to the community.”

President of the Kangaroo Island Racing Club Mark Turner said they were absolutely over the moon to win the Lexus Melbourne Cup National Sweep.

“Everyone was just jumping and screaming when Twilight Payment crossed the line and my phone has been ringing off the hook with people bawling their eyes out,” Mr Turner said.

“It was the good luck the island needed after the fires and it will go to an amazing cause in the Royal Flying Doctors who support the island’s health care needs.”

The mare was earlier crowned the ultimate Cup winner, taking out the Lexus Melbourne Cup The Race of Dreams on Network 10. The legendary Phar Lap came second and Carbine third.

The pre-Cup entertainment was led by Pete Murray who performed his moving single Found My Place from Byron Bay, a tribute to Australia and the magic of the Cup.

Jon Stevens and Bonnie Anderson captivated Network 10 viewers, with John performing an electrifying version of INXS’ hit song Never Tear Us Apart from The Club Stand at Flemington Racecourse. Bonnie then sung the Australian National Anthem live as viewers from across the world tuned in to watch the build up to the Lexus Melbourne Cup.

Multiple ARIA award winner and multiplatinum singer/songwriter Delta Goodrem performed her latest track, Solid Gold, from the roof top of Network Ten in Sydney, much to the delight of fans across Australia.

Earlier, alt-rock band The Rubens performed their new single Time of My Life on Network 10 against the backdrop of the iconic Sydney Harbour.

Off course, the Lexus Melbourne Cup celebrations continued across the country and around the globe.

Friends of the VRC including Renee Bargh, Bambi Northwood Blyth, Cam McEvoy, Alli Simpson, Brooke Hogan and Jordan and Zac Stenmark tuned into the spectacular entertainment line-up and watched on as Twilight Payment took out the Lexus Melbourne Cup from the comfort of their homes.

Internationally, Jason Dundas put his best style foot forward from his home in Los Angeles while model, Shanina Shaik tuned into the race that stops a nation from London.

The Myer Fashions on your Front Lawn Emerging Designer Award was hotly contested, with Victoria’s Ali Rauf from Bird Skin crowned the winner for her creative, zero-waste design.

The striking and sustainable dress showcased the subtle texture of finely gathered pleats that were incorporated after a visit to a family-owned pleating workshop in Melbourne – the last of its kind in the country.

In the millinery stakes it was Victorian resident Stephanie Miller who took home the Myer Fashions on your Front Lawn Millinery Award for an attention-grabbing design that took inspiration from the upside-down world we have found ourselves in this year.

The creation is the result is a stable and lightweight mix of parasisal, Paris net, silk binding and brushed suede, topped with ribbons of sinamay to add movement and life.

The Melbourne Cup Carnival continues on Thursday with Kennedy Oaks Day, featuring the Group 1 Kennedy Oaks and the national final of Myer Fashions on your Front Lawn.

Network 10 is the exclusive broadcast partner of the 2020 Melbourne Cup Carnival with all races live and free on 10 and streamed on 10 Play.