Off The Track Subzero Handicap Wrap 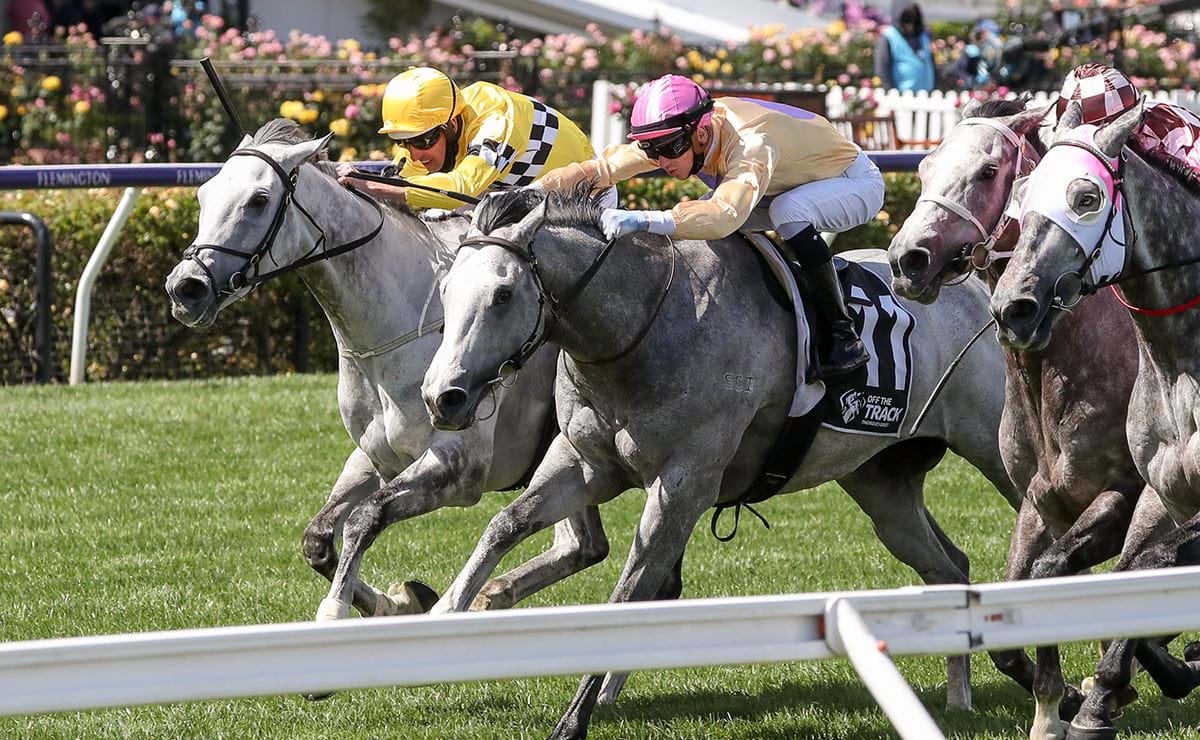 In a thrilling finish to the annual greys race, John O’Shea’s talented gelding Berdibek came from last to narrowly win the Off The Track Subzero Handicap.

With plenty of speed on upfront, the former French galloper dug deep in the straight to pick up his rivals in the concluding stages.

Jockey Hugh Bowman said the greys race had been a contest he’s been wanting to win for some time.

“I remember years and years ago watching the greys race on television and hoping one day I could compete in it and I’ve won it here today for my good friend John,” he said post-race.

“John was a bit bullish when he rang me about the horse. He said ‘the horse usually wears earmuffs, I’ve taken them off, he’s first-up, he’s been set for the race and I think he’ll run very well’. When John speaks in those terms, win, lose or draw, the horses always perform.”